In addition to their trade, charitable and educational roles, the Liveries have fostered strong connections with the military and almost every Company is affiliated to at least one branch of the Armed Forces. The Fuellers, like most London Livery Companies, is proud of its Military Affiliations.

In 1987, the Company exchanged Terms of Affiliation with HMS Daedalus, the Fleet Air Arm Engineering Branch. However, in 1996 HMS Daedalus was decommissioned and its activities incorporated within HMS Sultan, a tri-service training establishment in Portsmouth. The affiliation with The Fuellers was also transferred to the newly combined unit and our mutual co-operation has grown stronger as a result.

In 2001, Terms of Affiliation were exchanged with 216 Squadron of the RAF, whose main activity is in-flight refuelling and this made the affiliation with The Fuellers particularly appropriate. In March 2014, 216 Squadron were stood down and our affiliation transferred to 10 Squadron, who continue the in-flight air to air refuelling.

In 2007, Terms of Affiliation were exchanged with the Royal Fleet Auxiliary and their two fast fleet tankers “Wave Knight” and “Wave Ruler”, both providing sea borne support, appropriately including the transportation of fuels.

In October 2015 Terms of Affiliation were exchanged with 152 (North Irish) Regiment, Royal Logistics Corps. Based in Belfast, Londonderry and Coleraine. 152 is a Regional Army Reserve Transport unit, providing additional transport lift capability in support of the Regular Army, moving essential stores including fuel.

In October 2016 Terms of Affiliation were exchanged with Tactical Supply Wing.  TSW’s mission is to plan and provide helicopter and tactical fixed wing aircraft refuelling capabilities for all UK Defence commitments worldwide.  TSW is part of the Joint Helicopter Force and comprises two Squadrons with a total strength of 213 RAF personnel and a small number of civilian support staff.

The Fuellers Company donates trophies and medals to HMS Sultan,10 Squadron, The Royal Fleet Authority, The Defence Fuel and Food Group, 152 (North Irish) Regiment and Tactical Supply Wing.   These are awarded annually to personnel achieving the highest standards required for the fulfilment of the prizes.

The commanding officers of HMS Sultan, 10 Squadron, The Defence Fuel and Food Group, Royal Fleet Auxiliary 152 (North Irish) Regiment and Tactical Supply Wing are all Honorary Freeman of the Fuellers Company whilst in office. A number have continued their close association with the Fuellers after their period in office.

The Fuellers military affiliations have opened up many unique opportunities for members. Including flying with 10 Squadron on in-flight refuelling training missions over the North Sea and sailing with RFA “Wave Knight” and “Wave Ruler” on exercise in local waters. There are also regular visits to HMS Sultan in Portsmouth, the Defence Fuels Group installations at West Moor and 152 (North Irish) Regiment. 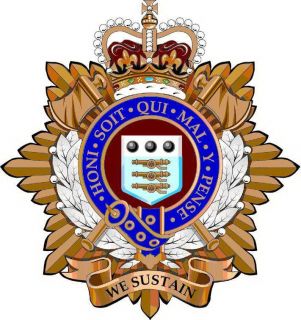 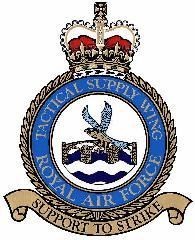