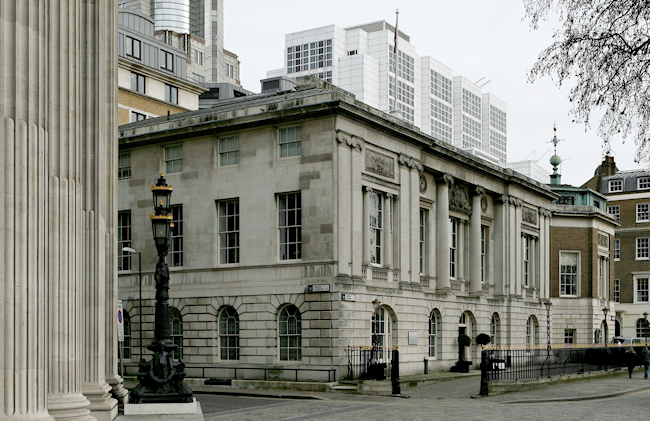 The full citations of the six winners at our Military Affiliates Prizegiving held at Trinity House on Monday 4 July 2022 can be read below.

During the initial part of his appointment to RFA WAVE KNIGHT, 2/O Darcy had proven that he was a highly capable 2/O (E) with exceptional levels of commitment and motivation. Technically skilled and with well developed management skills, he demonstrated exceptional ability in the demanding role of Cadet Training officer. He was subsequently selected to transition to the 1/OE Billet on RFA WAVE KNIGHT in his first temporary acting appointment where he again brought a commendable and exceptional level of commitment and enthusiasm. Long standing defects were addressed whilst Darcy demonstrated grit and determination to learn about, and improve, the maintenance of the equipment under his care. Much of this was initially unfamiliar to him, particularly the chilled water plant, deck machinery and major hydraulic systems.
During this time a major ship-stopping defect with No.1 Chilled water plant was identified and 2/O Darcy worked to facilitate the repair. This involved liaising with support trades from the shipyard and the Original Equipment Manufacturers’ representative. Darcy helped co-ordinate the repair during a most complicated process, involving early starts to fit with shipyard routines and extended working hours on a daily basis. In addition, while the MEO billet was gapped, 2/O Darcy assisted the Chief Engineering Officer ensuring all critical and safety related tasks were completed so WAVE KNIGHT remained safely and efficiently operated. Whilst members of the Engineering dept were quarantining with COVID, 2/O Darcy was left as the only senior engineer able to operate and he continued to maintain an effective department, monitoring daily routines alongside the complex chilled water plant repair.
2/O Darcy has demonstrated he has exceptional potential and is well suited to dealing with changing and challenging situations, including complex project management. He has a very bright future in the RFA and is one of our strongest Marine Engineering assets.

Since joining RNAESS/SULTAN in September, Lt Dani May has constantly looked for opportunities to take on additional work outside of her core role not only to support the wider RNAESS objectives but also those of HMS SULTAN. She is the School’s primary driver behind the reinvigorated coaching network looking to not only change the mindsight of coaching from a tool to avoid failure to a tool to succeed at all levels, but also grow the team of coaches in support of staff and trainees. Lt May also volunteered to support HMS SULTAN as the Media Representative taking control of the site’s Twitter page ensuring that she remains aware of the ever changing political climate to ensure the site’s media output remains aligned with the wider force. Her biggest achievement however would be her work to reinvigorate the site’s Woman’s Network following a decline in activity over COVID. The committee has gone from one or two to double figures and recent events have seen a total of £376 raised to support domestic abuse charities and the DEC Ukraine Humanitarian Appeal. As awareness grows, this activity has been vital in giving female trainees a focal point to talk about issues that may be affecting them. In order to improve and support the growth of this network, she is also active in the wider RN’s Woman’s Network events and was even invited to attend the Defence Women's Network Annual Conference up in London and the Defence Women's Action Board in Bristol. Lt Dani May still has over a year left at HMS SULTAN and having also recently become a Diversity and Inclusion Advisor, Advanced Care Of Trainees lead deliverer and even support broader RNAESS quality assurance efforts outside of her remit. I have no doubt her activities will continue to thrive and grow alongside her core role in the Future Training Team.

Corporal Lavery, a Close Support Tanks Section Commander in 220 Tanker Squadron, 152 (North Irish) Regiment RLC, deployed on Op CABRIT in Poland for six months. Over this period, he delivered 34,000 litres of diesel per week across the operational area, which equates to 884,000 litres over the deployment. There was capacity for more to be delivered but usage was limited due to COVID restrictions on tasks being conducted in Poland.
He gained extra fuel experience on Exercise AUSTERE CRUSADER, a expeditionary logistic exercise that included testing Defence’s ship-to-shore refuelling. Members of the Worshipful Company Fuellers visited the exercise and will remember the unit’s cheery approach in spite of Inverness’s cold and rainy weather.
Cpl Lavery also competes as part of the Regimental Football Team and as an integral member of the Regiment’s Shooting Team. The football team won the Army Reserve Six-A-Side Cup and the eleven-a-side reached the quarter-finals of the Army Competitions. He has recently qualified as a Physical Training Instructor and was part of the Remembrance Day Honour Guard in Holywood.
Corporal Lavery is an exceptional Ambassador to the Regiment. He is a proactive and determined soldier who is always the first to volunteer for additional tasks and has the utmost respect from his peers, subordinates and the Squadron Chain of Command. He is without doubt the most reliable Junior Non- Commissioned Officer within the Regiment.

Flt Lt Mark Lawton is an exemplar officer. Already delivering in his primary role as a squadron pilot, he has also chosen to immerse himself in every facet of Voyager operations. His drive and work ethic are beyond reproach, especially when deputising for his Flight Commander.

As Deputy Flight Commander Plans, Lawton makes a substantial contribution to the operational output of the Voyager Force by ensuring the efficient and effective delivery of a global detachment and exercise programme for approximately 100 personnel. This role includes the balancing of individual crew competency requirements and significant stakeholder management, involving both military and civil force personnel. With a sharp, analytical mind, complimented by a highly proactive approach, Lawton provides invaluable support to the Squadron Executives. His advice is concise, well-reasoned and insightful; backed by relevant data and supplied at pace even during times of increased operational tempo. With an eye on sensible work life balance for all, his sterling work drives the efficient use of squadron personnel which directly enhances the output of the entire Voyager Force.

Operating above his peer group, he has achieved early selection for the prestigious role of Flight Authoriser on the Force, which involves significant safety and flying supervisory responsibilities. This achievement is testament to the trust and confidence placed in this individual by his chain of command. 10 Squadron owes a great deal of thanks to this dedicated pilot and meticulous planning officer.

Sergeant Kelly has been responsible for Course Design within the Training Flight on Tactical Supply Wing. In this role he has fundamentally transformed the way in which the unit delivers training, not only ensuring it was complaint and coherent with policy, but by bringing much needed modernisation. Of note, he digitalised the entire syllabus, enabling the use of Personal Electronic Devices for leaning delivery, evaluation, and assurance. This delivered valuable efficiencies to a stretched unit, which could then be re-invested into preparing the force in different areas. Moreover, his changes enhanced the learning experience, adding significant flexibility for student’s needs. He also enabled the development of several key course to meet the evolving demands of the unfolding security environment. Whilst his direct contributions have been confined to MOD Stafford, their positive effects will shape all TSW outputs, at home and abroad, for many years to come.
Having excelled in his core role, Sergeant Kelly also assumed the role of acting Flight Sergeant in the prolonged absence of Warrant Officer Training; essentially stepping up two ranks. In this capacity he oversaw and maintained the Supply, Mechanical Transport, Physical Fitness and Force Protection training for the 215 personnel of TSW, thereby underwriting the ability of the workforce to meet ongoing operations and readiness requirements.
Having made a significant contribution to the operational effectiveness of Tactical Supply Wing, Sergeant Richard Kelly is the TSW nominee for the Worshipful Company of Fuellers Award.

Wing Commander Sam Smy has been in command of the DSFA Operations Team for over 2 years; the team is a mix of military and civil service posts.
Over this period, Sam has ensured operational fuel requirements and resilience for multiple operations, both at home and abroad. One example was Operation MONOPTIC, supporting Royal Air Force aircraft monitoring Russian Submarines in the North Sea. This one operation saw aviation fuel demand reach 178% of normal usage, requiring agile thinking and contracting to meet the uplift in demand.
Leading a new sustainability project, Sam has put in place the first MOD plans to see one of our diesel-powered pumps, on the aviation fuel pipeline, be replaced by an electric pump, powered by an on site solar farm; this is a major step forward for the MOD and its sustainability goals, but this project will also give us better operational resilience and better value for money.
Sam has also been key in establishing the routine use of Sustainable Aviation Fuel in our VIP Voyager aircraft. With multiple stakeholders, from the Royal Household to No10 and the wider MOD, her work has allowed the UK to show that it is prepared to lead the way in aviation sustainability.
Wing Commander Sam Smy is therefore the DSFA choice for the Worshipful Company of Fullers Affiliates Award.