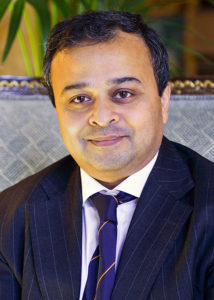 The Fuellers Conversation -held online for the first time due to the lockdown initiated in the UK due to the COVID19 outbreak- on the 50th anniversary of Earth Day (April 22nd 2020) had a suitably appropriate theme: Global Carbon Pricing Dilemmas: The Road to Glasgow which took stock of the status of the developments in the global carbon market, particularly the European Union Emission Trading Scheme (EUETS) the world’s pre-eminent market for carbon credits.

As the rules of the global carbon market emanate from the framework agreements arrived at in the international climate conferences- the so called Conference of Parties (COP) to the UN Framework Convention on Climate Change (UNFCCC)- and along with Italy as a partner country, we are to host the COP26 in Glasgow for the first time in May 2021, the timing of this conversation was impeccable.

Another reason was also that when the EUETS was conceived in early 2000 and launched in 2005, the year 2020 was to be a landmark year when it was expected that the EUETS would not only have established itself but would have also started to position itself as the premier pricing mechanism for carbon and an anchor system around what was envisaged- a globally traded market for carbon.

As the conversation flowed, it appeared that the EUETS whilst still retaining its pole position finds its position no longer guaranteed as the world pledges to “climate neutrality by 2050” meaning “zero carbon” by 2050- The discussion on “Net Zero” is likely to be the focus of COP26.

The dilemmas, as posited by the conversation lead- Liveryman Ashutosh Shastri, in global carbon market, are that:

As initially believed by the global community, when creation of traded markets for emissions as opposed to a carbon tax was envisaged to be a more efficient mechanism to achieve decarbonisation in energy industries, evidence shows that traded markets do not guarantee that promised effective decarbonisation. Future mechanisms for a global carbon market are likely to be a patchwork of carbon tax regimes and emission trading schemes.

The UK itself is a case in point where its own Carbon Price Floor (a quasi-tax instrument) which was developed as a complement to the ETS when the ETS failed to deliver the investment trigger for fuel switching has enabled the UK to achieve the position of a globale leader in its energy system decarbonisation.

This subject is likely to consume policy makers attention in this country and in Europe, indeed, The European Commission’s “green deal” policy package, which was ratified in March now commits even the European Union to achieve climate neutrality. The Commission also intends to propose more ambitious targets to cut emissions by 2030 by the middle of this year. So, watch this space! 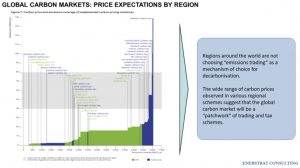 Copies of Ashutosh’s presentation and recording of the conversation is available to Fuellers on the Fuellers website.

Please contact the Clerk, Mr Bill Walworth CBE, if you would like to become a Fueller: clerk@fuellers.co.uk