The Master & Mistress hosted a very enjoyable Master’s weekend in the middle of May.  This year brought an away fixture in the Cotswolds rather than a home fixture, does the Master get extra points for an away win?

On Friday afternoon, Shravan and Mira were to be found on the Indian Bridge which one crosses at the entrance to Sezincote House, a 200-year-old Mogul Indian palace, set in a romantic landscape of temples, grottoes, waterfalls and canals reminiscent of the Taj Mahal.  Organised tours of the house with its wonderful contents ensued whilst some just took the opportunity to take in the beautiful gardens.  Many took advantage of the tea and cakes available in the stunning curving orangery.

Both the drinks reception hosted by the Master at our weekend home, the Wyck Hill House Hotel, and an informal buffet supper gave everyone a chance to meet up with fellow Fuellers and look forward to the rest of the weekend. 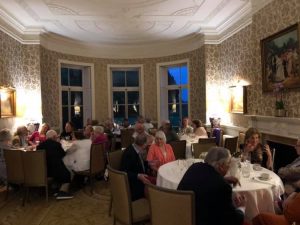 A short coach trip on Saturday morning brought us to Bourton-on-the-Water.  Some enjoyed retail therapy, others found coffee houses and some no doubt enjoyed both – all in the delightful surroundings of this pretty Cotswold village. 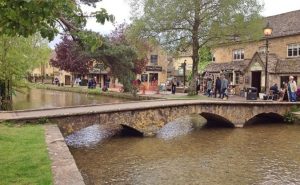 Thence all aboard the charabanc for a trip through glorious countryside to Toddington Station, where we were joined by other Fuellers as we assembled on Platform 2 to await our locomotive. 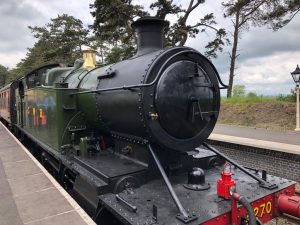 Clutching our packed lunches, ably distributed by JW and her Consort Dave, we found our seats in our reserved carriages and settled in for the return journey to Cheltenham Racecourse station.  Entertained by some interesting insights by our volunteer guide, ranging from gardening, private railways to local cultivation methods, it was not too long before the Fuellers’ drank the train’s stock of Rail Ale dry (other beverages were both available and taken).  A charming excursion, some might say we were fortunate to make the return trip as the Master was given the controls at Cheltenham when the locomotive was switched from one end of the train to the other! 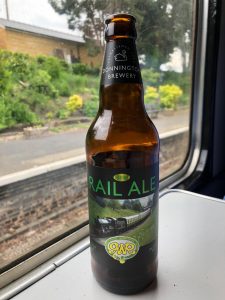 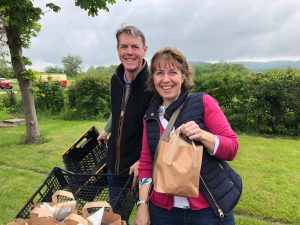 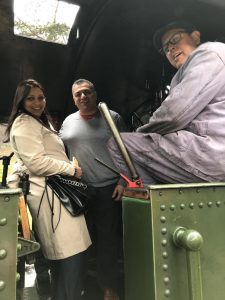 The afternoon saw a parting of the ways for the party as some visited the Cotswolds Distillery and others the arguably more cultural Cold War Bunker and the folly that is Broadway Tower.  Designed in 1794, the 65 foot Tower is in the form of a castle. Each floor has different exhibitions relevant to the area including the life style of William Morris who rented it in the 1880’s.   The bunker was built during the cold war in the 1950’s as a secret underground monitoring station to report on the effects of any nuclear activity.  It was only stood down in 1991.  We had to enter the very small space via a fifteen foot vertical ladder and during our very claustrophobic 20 minutes, we learnt that this is one of only 40 or so such bunkers still preserved out of the original over 600.  It was full of the well preserved equipment and other memorabilia. 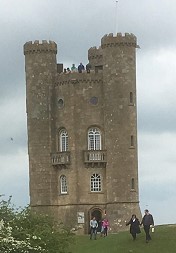 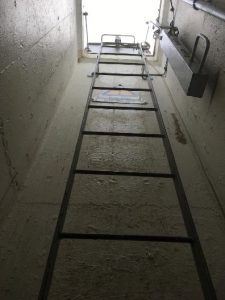 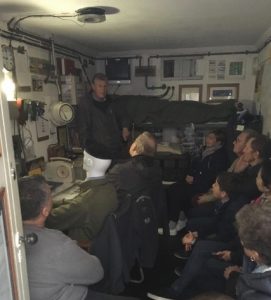 Meanwhile, a fascinating visit was paid to the distillery which was established in 2014.  Passionate about their workplace, as are all the workforce (none of whom had prior distilling experience),  two excellent guides gave us a tour of the facilities, explaining the production processes of both gin and whisky, followed or preceded by a generous tasting of all the Distillery has to offer.  The stills are all named after female singers, their latest acquisition, Dolly, being pictured below.  Also pictured are a considerable amount of HMRC future revenue as various barrels stored different spirits, the duty on which is only payable upon bottling. 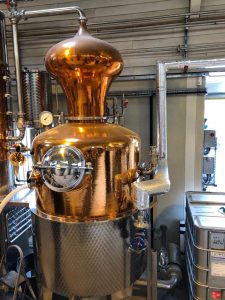 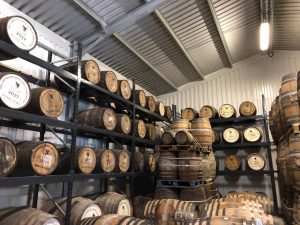 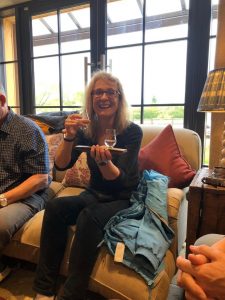 After another hosted drinks reception (thank you Master), it was off to the Lord Rissington Suite to take our places at table for an excellent three course dinner (although woe betide anyone who tried to move their table number, as the maître d’ intervened at record speed!).  Before dessert, a birthday cake arrived for Past Master Dennis Woods, accompanied by a rousing rendition of Happy Birthday by the Fuellers Choir.

Our meal complete, we were gearing up for a relaxing end to the evening when the Junior Warden announced that no-one was to leave, the police were on their way!  Sergeant Nelson and Constable A’jones burst into the room bearing an arrest warrant for the Master, and supporting evidence gathered that very day. 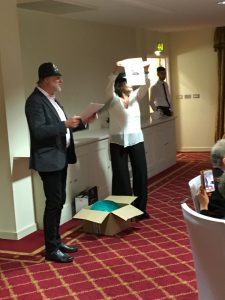 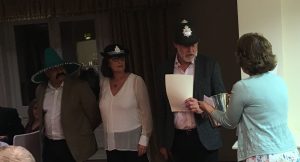 Fortunately, the intervention from the Junior Warden who secured most generous donations for the Charitable Trust from her fellow diners, secured the Master’s release – which enabled him to proceed forthwith to the bar to recover from the experience!

After breaking our fast on a bright and sunny Sunday morning, we set off for Chavenage House.  A stunning Elizabethan manor house, the property has been owned by only two families since it was built in its current form in the sixteenth century.  We could not have been treated to a better tour of this beautiful building, filled with history ancient and modern, all the while being regaled with often hilarious anecdotes from members of the family who lead the tour of the house they clearly love. 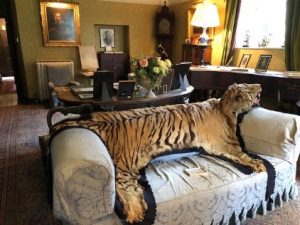 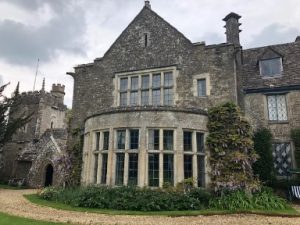 Whilst they described events from the house, and their family’s history, other members of the family cooked and served us a delicious buffet lunch, which rounded off the weekend, and we departed homewards, through the gates of Chavenage, often traversed during more recent times by actor Aidan Turner AKA Ross Poldark. 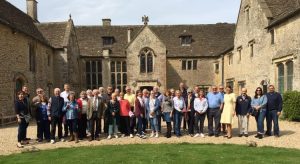