One of the many benefits of membership of our company is the opportunity to visit a selection of livery company halls, many of which date from the 1670’s having been rebuilt following the great fire of London. The Dowgate Ward of the City of London has seen livery companies which are all based within yards of Cannon Street Station, one of which is the Worshipful Company of Innholders.

The Innholders company can trace their origins back to the 13th century and came to prominence in 1514 when they were presented with a Royal charter. The following year the City of London introduced the order of precedence at which time the Innholders became recognized as the 32nd of 48 livery companies in existence in the city The freehold of the first Innholders hall on college street was acquired by the company in 1613. This was destroyed in the great fire of 1666 and rebuilt in 1670. The hall was destroyed again during the Second World war after which it was sympathetically restored and reopened in 1950. The hall is a Grade 2 listed building and has notable features including superb oak paneling and medieval roof timbers. 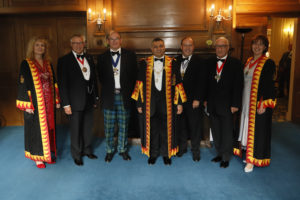 So it was to the Innholders Hall that the Fuellers came to celebrate the midsummer court dinner where the Master and Wardens were joined by 83 guests, including the Masters representing the Hackney carriage drivers, painter stainers Carmen and Shipwright livery companies. Earlier in the day the Company welcomed new Freemen John Bullyment and Placidi Gianpiero while enrobing  Saradhi Rajan into the Livery. Master Carmen was also enrobed as Honorary Liveryman of the Worshipful Company of Fuellers in recognition of our common roots and friendship.

The principal guest, Mr. Summit Bose, has held several senior governmental positions in India and he is particularly well known in the UK as the past editor of Energy Live News and also working with the BBC. He spoke eloquently of the need to develop smart energy platforms to address the threat of global warming and he reminded us of the vast number of talented young students in India who will contribute to finding solutions to enhance battery capacity and develop other technologies to reduce global emissions. The master responded thanking summit for his thought-provoking speech after which all the guests enjoyed a stirrup Cup before departing. 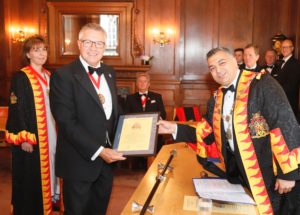 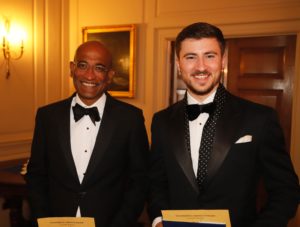