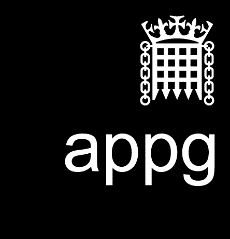 Phil Boswell MP in the Chair welcomes Mr Handley and the members of the audience.

Introduction from the Chair

In November, the Commission published its eight proposals to facilitate the transition to a ‘clean energy economy’ and to reform the design and operation of the European Union’s electricity market. Although none of these proposals can come into effect before Brexit, the Brexit Bill left open what the future arrangements would be with the EU affecting energy.

Peter coordinated this fairly major package, published in November, with a broad reach dealing with renewables, energy efficiency, smart systems, energy storage, consumer protection, security of supply, and changes to the governance and structure for electricity and gas wholesale markets.

The package aims to put the EU on track to meet the 2030 energy and climate targets, and to adapt electricity market design to integrate large quantities of intermittent renewables.

The package also aims to give more control to European institutions and reduce the emphasis on national governments.  One element in the package is the introduction of Regional Operating Centres, which would be separate from transmission owners. This moves the market structure away from national markets with limited interconnection, and makes the whole thing more integrated – another move towards a real single market.

The Energy and Climate Change Framework 2014 set out the target for a 40% reduction in greenhouse gas emissions together with targets for energy efficiency, renewables and interconnection. The European Council conclusions of October 2014 set out the ambition for 2030.

The Commission has learnt from the 2020 targets which created rigidities and were not cost efficient. The proposals for 2030 allow carbon reductions to follow a least cost path.

In June 2014 Juncker set out the priorities for the next five years. These included the Energy Union. The Commission has already presented the Energy Union Framework Strategy, proposals for gas security of supply, reform of the EU Emissions Trading Scheme, and the related rules on effort sharing, land use and forestry and a strategy on low-emission mobility.

In November 2016 the Commission presented the Clean Energy Package, which consists of eight pieces of legislation. It is being done because of the Paris agreement and also to create jobs, growth and investment in Europe. It is a toolkit for the transformation to a low carbon economy in a fairer way.

There are three main proposals:

The package provides regulatory stability for the period 2020 -2030.

The Commission want  to boost jobs and growth in the real economy. All 28 European economies are now growing and this provides a favourable basis.

The package is also about disruption from the digital economy: taking risks: having ideas; and, creating jobs.

The targets for bio-energy are changing. For 2020 there is a requirement to have 10% bio-fuels in transport fuel. This has been removed but there is now a blending mandate. The Commission want to move away (50% reduction) from first generation bio-fuel (food based) and move to advanced bio-fuels (waste based). There are also new sustainability criteria for solid biomass.

The design of the market is being adjusted to deliver more flexible markets with a greater participation of the demand side and also storage. Capacity Mechanisms should be used only where strictly necessary and then based upon a regional assessment of capacity adequacy. Crisis prevention for electricity is similar to the arrangements for gas.

Consumers will get better information (clearer bills), anonymised data will be made available to aggregators so that consumers can be given the best deal. Consumers should be able to switch more easily and have access to reliable comparison sites. Consumers would have a right to have a smart meter and regulated prices would be phased out.

The Commission want to produce a single streamline governance structure for the Energy Union. Each member state needs to produce a strategy for achieving the goals. The first drafts should be available this year. Each member state should pledge a contribution to the 27% renewables target but the Commission need the tools to achieve an EU wide target.

The EU is providing capital for the development of batteries. There are also moves to improve finance and create an Industrial Forum. There will be a key role for cities and the regions.  The Global Mayors have an important part to play.

Review of the state of the Energy Union:

There has been good progress.2016 was the year of delivery (legislation) while 2017 will be the year of implementation.

The review looked at individual member states. The UK has less interconnection than required by the 10% target and also amongst the highest wholesale prices in Europe.

Across Europe wholesale electricity prices have fallen but retail prices have gone up because of taxes, levies, policy and grid costs.

Prices will continue to go up and the MEUC run courses to provide the necessary education on energy efficiency. The problem is that most directors are not interested in energy efficiency, renewables and carbon reduction. Is this the same throughout Europe?

PH: I am hopeful. The institutional investors group (large insurers etc managing €13tn) are asking sharp questions about sustainability. Energy intensive users should care as energy costs can be 40% of total costs. The price signals are not providing enough incentive. Large industry should be involved with schemes such as providing district heating using waste heat.

How does Brexit tie in with European wide targets?

PH: no mandate to talk about Brexit.

In the design there is more focus on distribution and less on transmission. For this to succeed there needs to be more education about how the market works.

PH: Regional Cooperation centres bring together transmission operators. Distributors need to cooperate and be better informed. There is a proposal for a new distributors’ forum.

Consumers need to be better informed. We do not expect all consumers to be active consumers, but the conditions must be right for aggregators to act on behalf of consumers and make life easy for them.

How will innovation funds be provided?

PH: There are lots of tools but we need private finance, which means sending the right policy signals. We also need to improve bringing good research to market. The Commison remains technology neutral but there are priority areas (Road transport and the building stock are both strategic).

The process is being driven by carbon but should we not look more widely at greenhouse gases?

PH: We were tempted just to have a 40% GHG reduction target but there were vested interests arguing for other targets (renewables, energy efficiency). UK carbon budget excellent idea as it gives multi-year predictability. There is an integration of energy and climate. Under the Paris Agreement, we will look at the cost of the transition and the strategy at major five-yearly reviews.

Is it not important to transfer the success of the EU to developing countries that would otherwise use fossil fuels that they have in abundance?

PH: there is an external dimension to the Energy Union. Ukraine and North African members. There is a problem with the basic access to energy in Africa and parts of Asia. It is important to keep the fossil fuels in the ground. Competitive industries in Europe can sell technology and knowhow into Asia and Africa. Europe was a leader in Paris. The instability in the USA means that there is a leadership void. Either China or Europe need to take the lead.

The focus is on incentives for demand side management (DSM) and storage. Is there not a need to focus on grid operators that have an incentive to maximise regulated assets? Also, how smart is “smart”?

PH:  Concerned about stranded assets. A decentralised system is less dependent on large assets. Households become actors, which is a different ball-game. We need to factor in efficiency when looking at the need for assets. There is a lot of resistance from vested interests. “Smart” is not very smart. It just needs to be able to talk to aggregators and to ensure cyber security. We are looking at more integration of building automation and control, which has been very successful in achieving savings. In the heating and cooling market we want to remove the least efficient equipment from the market.

How do you drive the move to a decentralised system? Governments are still backing major projects like Hinkley Point?

PH: Renewables create greater variability but we still need baseload. We are removing coal, although Poland is a problem. Hinkley is a tad expensive. It is a difficult transition process but people want to be at the centre and control their own destiny.

You mentioned the tools for the EU wide targets and the carrots and sticks. How will this work?

PH: Some member states are concerned that they should get recognition for early action (not pay the bill twice!). Member States should take as a starting point the 2020 targets. The strategy and trajectory are to be assessed by the Commission in 2023 and we will see where we are. We are keeping all options open.

If capacity markets are regional does that push you to regional dispatch?

PH: No, it does not require regional TSOs

How do you standardise the model for interconnectors and maximise their use?

PH: You need to identify those that are really needed – the energy islands. The Baltics are still attached to the Russian grid. Portugal and Spain are still a problem as France does not want to transport their excess renewable power. Ireland will get a link to France.